Getting The RS6 Home

Getting The RS6 Home

At the turn of the New Year we revealed that we had already begun development on our systems for the 2020 Audi RS6 C8, we had our hands on the first 2020 RS6 on British soil thanks to our friends at BTM Turbo. This came after huge demand from our customers and dealers, making it a priority for us to deliver the products as soon as we could for everyone. This meant getting a RS6 to Derby in time, we had the 4.0 V8 Bi-Turbo delivered to us in mid-December, by the end of the month development had ceased and with the car needing to return back to the south of Germany, first via a test centre to conduct an emissions test. Prior to the release of a new system we send our exhausts to TÜV SÜD to attain EC approval, due to the importance of this system and the RS6 having to return home to BTM we decided to return it ourselves making the over 800 mile journey with the RS6 on a trailer towed by our Land Rover Discovery.

The trip began on the Monday with The RS6 being securely placed on the trailer, leaving mid-afternoon we departed for Folkestone, the Discovery making light, but thirsty work of the job in hand. By the time we had made the Queen Elizabeth II bridge in Dartford the weather turned, and torrential rain greeted us to the south of England. Determined to avoid the trip being a wash out we powered through and made it front of the queue at the Eurotunnel, taking pole position on the train. The journey under the British Channel provided us with time to prepare a plan for the continental leg of our journey. A route was agreed upon and course was set for the first stop on the trip, a hotel just outside Bruges. The weather had relented somewhat, and we arrived at our hotel near the picturesque, medieval city around midnight and after finding a parking place near some Tesla Superchargers we headed for bed. 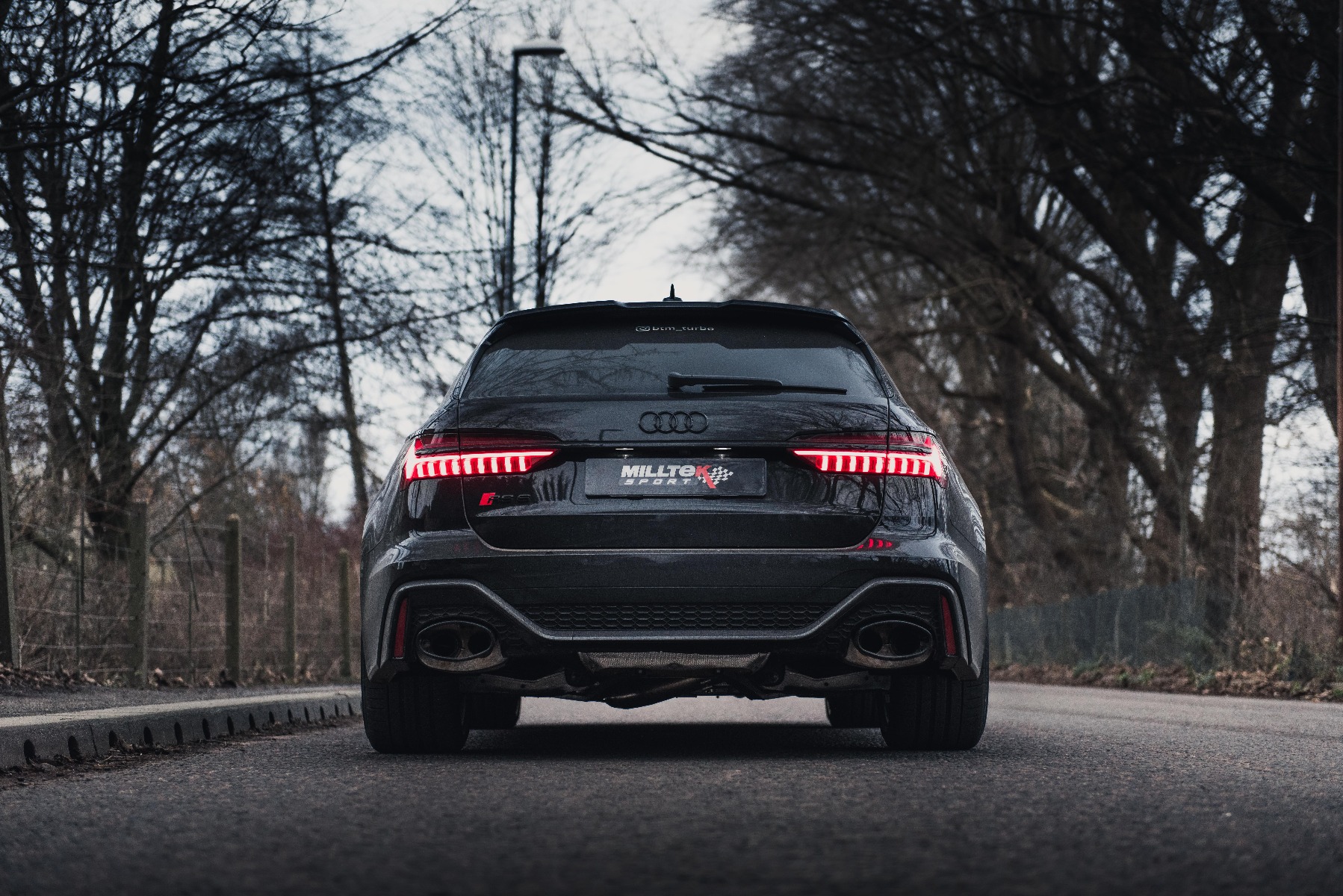 We woke up early the next morning knowing that the longest leg of our journey was ahead, Bruges to Munich. Setting off from a barren hotel car park well before dawn at 6:30am. However, the Belgian roads were not kind to us and despite leaving with a view to avoid the rush hour traffic it seems that the commuters of Belgium are early risers and we almost immediately hit traffic. Having wrestled our way out of Belgium and we briefly passed through the Netherlands and into Germany with the network of autobahns for company. Ordinarily the Discovery would’ve eaten up the miles on the unrestricted autobahn but with the trailer the trip was limited to a steady pace. The staggering length of these roads allows you to see the variety that Germany has to offer as well as giving you an appreciation for the scale of it all, the autobahn feels endless when you travel all the way down the country, the system is an admirable engineering triumph that allows trips like this to be possible.

With the sun well and truly set we arrived at our hotel, after finding a safe parking space for the hardworking Discovery we sat down for a traditional German meal in the hotel’s charming restaurant. The warming meal was put to good use early the next morning as sub-zero temperatures partnered a stunning sunrise as we took the short journey to TÜV SÜD. They provide high quality testing for a massive range of products, from food to nuclear power. This particular facility was purely automotive focussed. Allowing us to gain EC approval for our systems and ensuring that the product is of a high standard.  TÜV SÜD have various methods of testing the emissions from a car or specifically of an exhaust system, these include lab-based examinations on a rolling road so that results are reproduceable and comparable. As well as this they conduct real world tests that seek to find out how the system performs in the real world. This is done by mounting specialist equipment to the back of the vehicle in question, measuring flow and the chemistry of the gases produced.  This is an invaluable service to Milltek Sport which allows us to provide a high-quality product to our customers. Not only do these tests allow us to add certification to our products but this allows customers to feel assured that they are tested to a laboratory standard showing Milltek Sport’s commitment to excellence.

Here is a video from the trip..