After initial development back in June, we decided to bring the M135i back to Derby as part of the Milltek Sport fleet in a bid to further enhance the sound and tone created by the new style 4 cylinder turbo hot hatch. 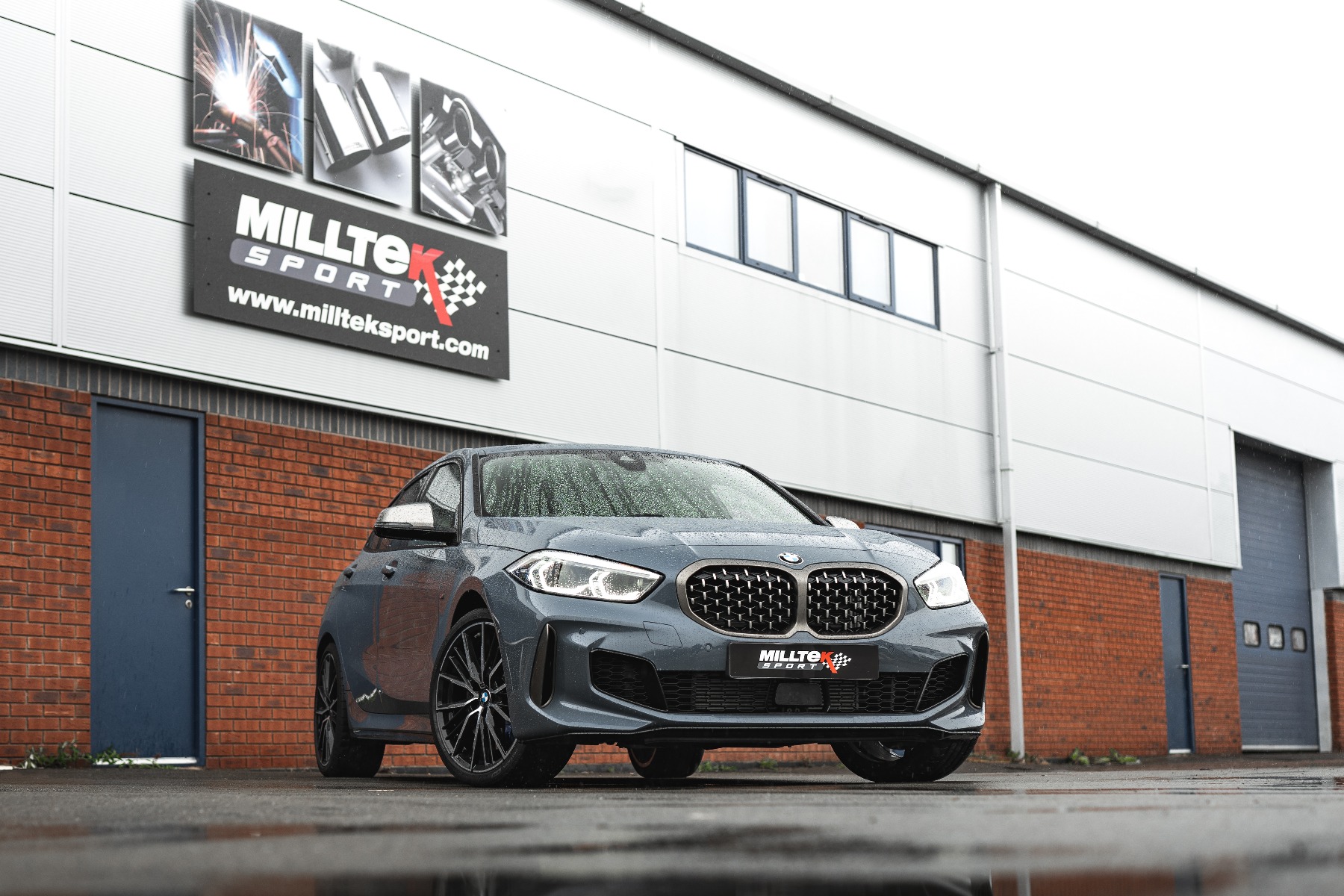 This new flagship 1 series marks the start of a new era in high-performance hot hatches for BMW; with a polarised design perspective compared to previous models, and features aimed to compete with the likes of Mercedes’ A35 AMG and the similarly priced Milltek favourite Golf R, we needed to give the new BMW a proper opportunity to impress and reflect on the progression of this relatively young series of BMW.

2004 marked the 1 series’ launch with the E80 range offering a rather aggressive set up for such a small car; with true BMW formatting in mind, the 1 series was built with a balanced 50/50 weight distribution and rear-wheel drivetrain. This made it a rather unique option for not only daily drivers who appreciate an athletic ride, but also a lot of enthusiasts and tuners looking for a track car at an accessible price. The E80 series continued throughout the 2000s only refreshed with a facelift or so until 2011 when the 2nd generation came into production. 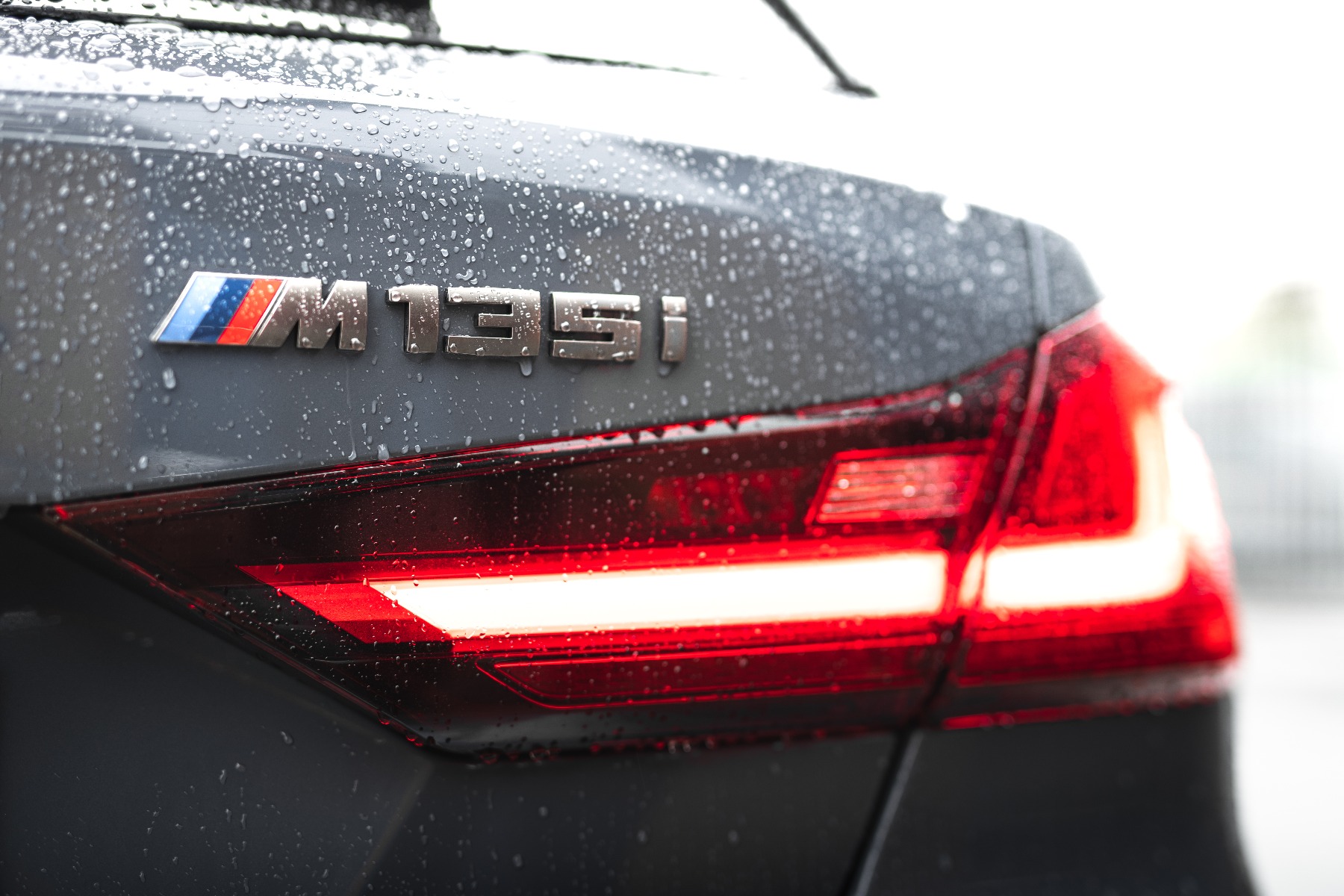 Using similar architecture as the previous gen, the F20 range kept the same playful feel and sporty attitude, refreshed with a sharper more aggressive-looking body and modernised interior. The F20 range also received some extra attention from BMW’s performance subsidiary ‘M’ in 2015 with the M135i and M140i; two track orientated vehicles loaded with exciting performance parts like upgraded and retuned M suspension, improved ergonomics to compliment spirited driving and, of course, a competent 3.0L straight-six that the M140i uses to send you to 60 in about 4.2 seconds.