We took the 2019 Goodwood Festival of Speed to a whole new level this year, with an expanded range of exhaust products, all new interactive Active Sound V2 displays, the Milltek Sport RS4 and A35 AMG, as well as the brand new Toyota Supra. 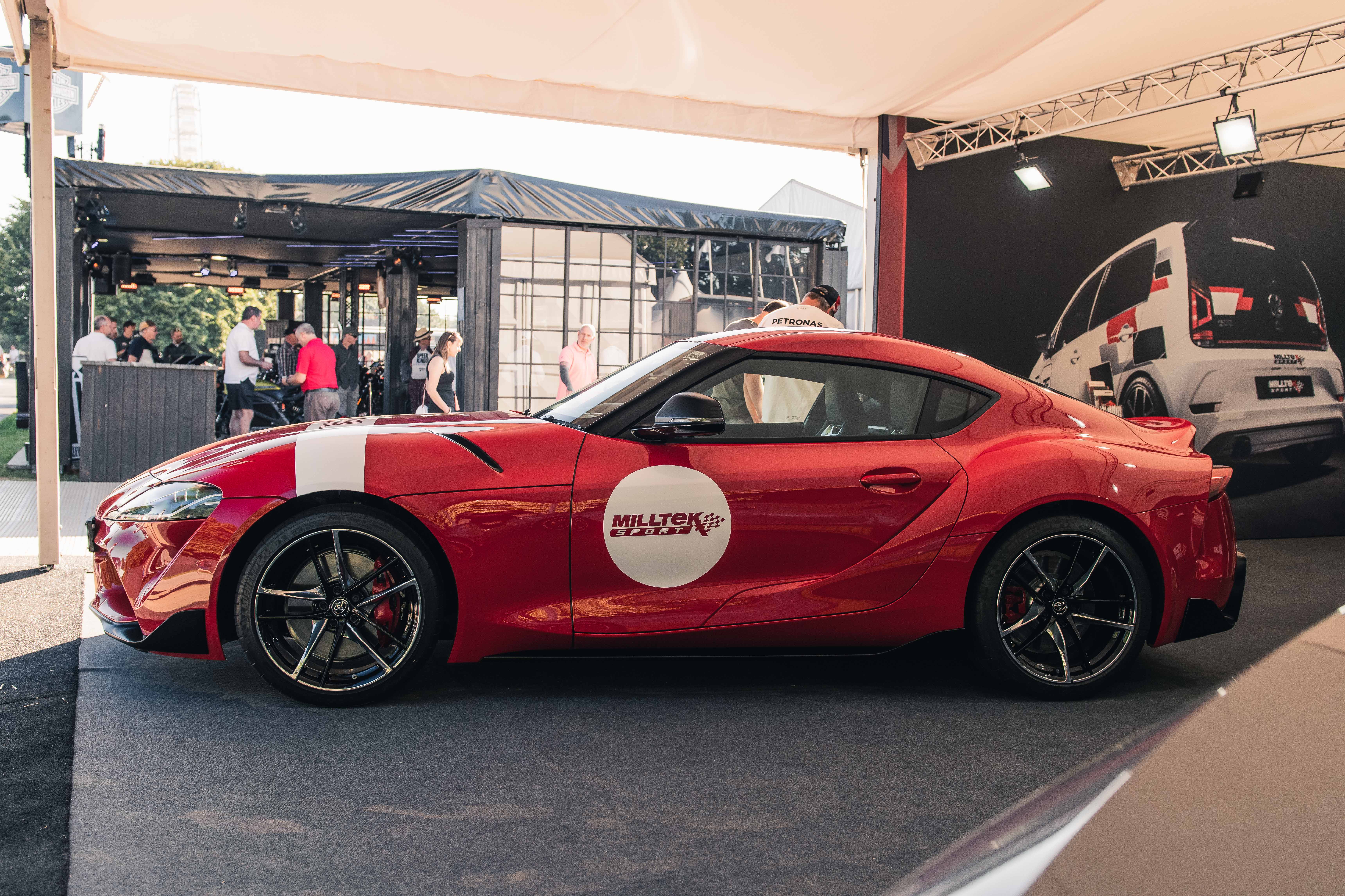 21 years after the badge was last seen, the revised cult-classic Toyota Supra is exceedingly impressive, with a 3.0 Litre straight-6 engine that produces 365 pound-feet of torque and 335 brake horsepower, reaching 0-60 mph in 4.1 seconds.

Yes yes, the Supra and the Z4 share a platform, engine and gearbox. But without the help of BMW, the Supra wouldn’t be a Supra. Toyota don’t manufacture straight-6 engines anymore and wanting to stay true to the history of the vehicle, it was either work with a partner to develop an engine accurately reflecting the original design or don’t recreate the Supra. Given the chance, we would have voted in support of the partnership!

Thanks to the help and generosity from Toyota UK, we were able to get acquainted with the Supra early, and after a quick visit to our development team, we had a show ready car that we were certain was going to blow people away.

The Milltek Sport development squad turned around an aerospace grade T304L stainless-steel exhaust that comprised a GPF-Bypass and rear-silencer replacement with Brushed Titanium GT115 trims. Demonstrating the quality of material we use in all of our exhaust systems, as well as an insight into the tone that will be available to the lucky owners of the Supra as delivery rolls out later in the year. 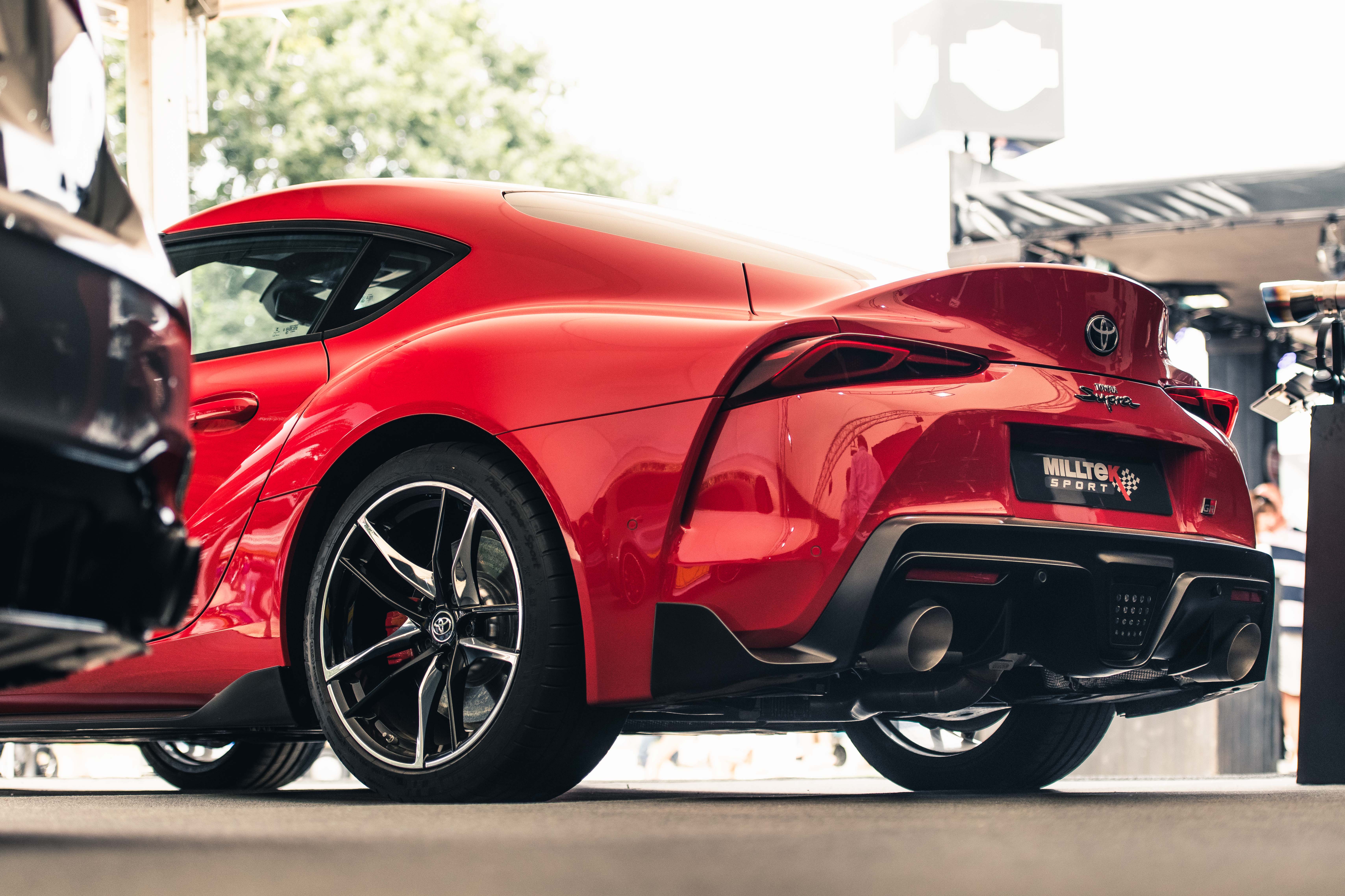 Speaking of delivery… After getting our hands on one for just a short period, we couldn’t resist and ours will be arriving in the next few months for a second round of development (and maybe just a touch of fun).

Back to Goodwood.. After requesting all children evacuated the surrounding area, we fired her up for the first time since leaving Derby, and boy was she impressive.

With the new Supra being built to European specifications, there has been some concern around the exhaust noise capability, which is where we came in, and hopefully alleviated some of those concerns. Our development team have spent the most part of 2019 becoming accustomed to gasoline/otto particulate filters and discovering how they can best work with them to generate, in this case, the straight-6 exhaust tone that is so desirable with the revisited Toyota Supra.

The prototype installed definitely lived up to expectations and throughout the show caused a flurry of passing by attendees to swarm around the Supra to get an earful of the pops & bangs she was boasting, including a handful or two of Supra customers expecting delivery later in the year.

Thanks to Toyota UK, as well as our development engineers, we will be ready to supply these customers with aftermarket exhaust systems designed with precision to enhance and bring out the revered tone of the Toyota Supra, to their individual requirements with a full range of products including GPF Bypass Systems and GPF-Back and maybe even a Downpipe or two! 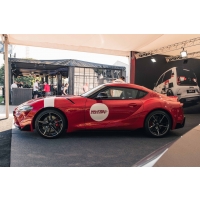 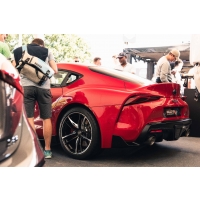 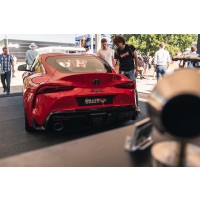 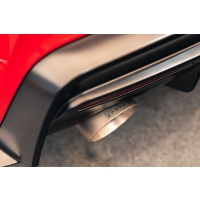 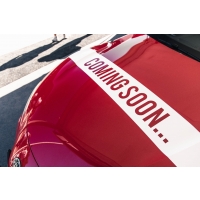 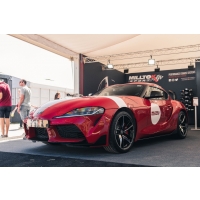 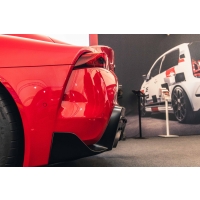 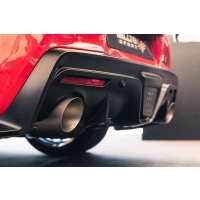 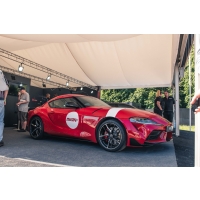 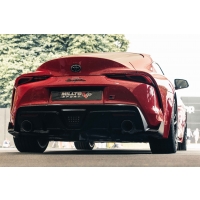 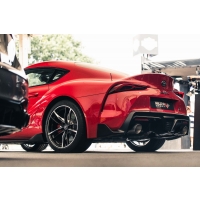 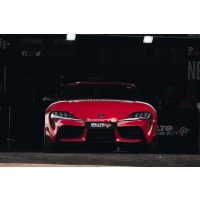