Thank you SEMA, and thank you Vegas!

Thank you SEMA, and thank you Vegas!

For the 6th year in a row, we hopped on a plane and headed out to Las Vegas for the international SEMA Show 2019

Having exhibited at the show for several years now, 2019 was the first year we were exhibiting on a 30” x 30” booth in the Racing & Performance area in Central Hall. We turned up on the Friday, praying our flight case had been delivered safely, not really knowing what to expect of the other central hall stands.

As we walked up to booth #21621 of the Las Vegas Convention Centre were pleased to find the fantastic job Formatech had done bringing our vision to life with the simple design of the stand, and the hidden graphics in our hanging sign. The stand was an open space that felt inviting yet bare without the show vehicles we were excited to bring in the following day.

With a bigger team on the Saturday we once again headed back to the Las Vegas Convention Centre to get the stand ‘show ready’. While half of the team stayed behind to get the company video and official Milltek Sport apps set up, the others went to meet Roy Ellamar and his 2019 F150 Raptor. 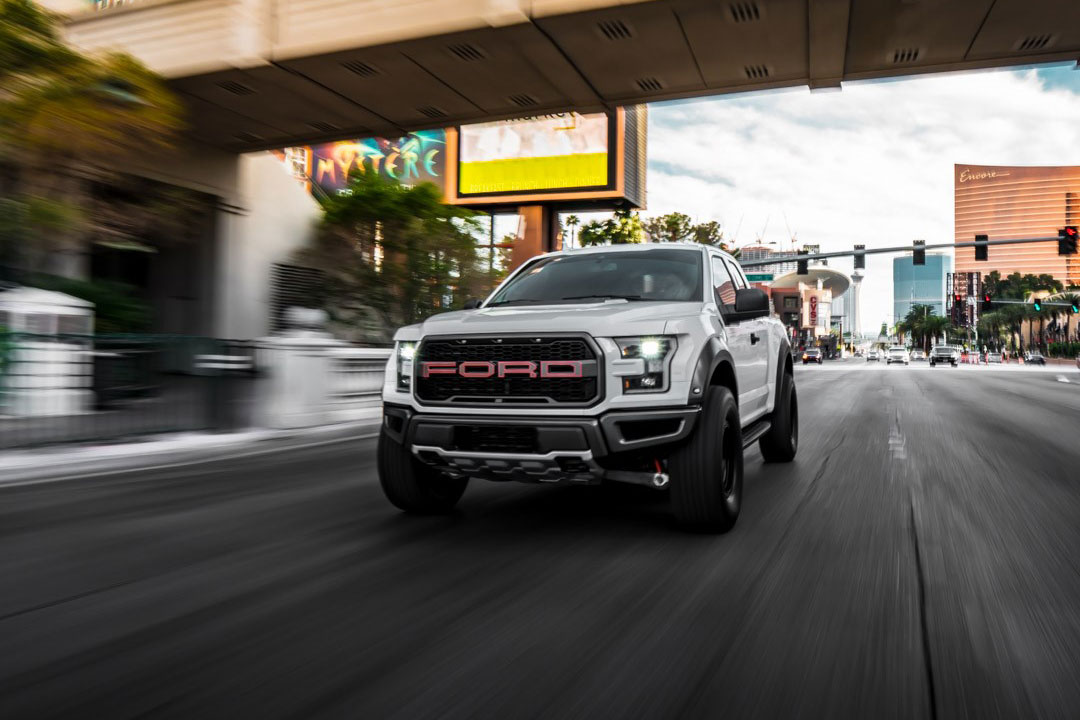 The Raptor was due to take pride and place on the Milltek booth this year after extensive development for the new range of products. We were excited to share this product growth of the Milltek Sport range with the rest of the Performance Aftermarket industry, having mostly stayed away from the larger truck scene before.

After minimal effort getting the Raptor in to the show, thanks to the awesome Freeman security staff, we ran off to meet Tim Phamm’s M2 Competition that had been transported to the show from San Jose. With a little effort getting the M2 off the trailer, we headed back around to the Convention Centre where once again the security staff escorted us back to our booth, almost as excited as we were about the car! 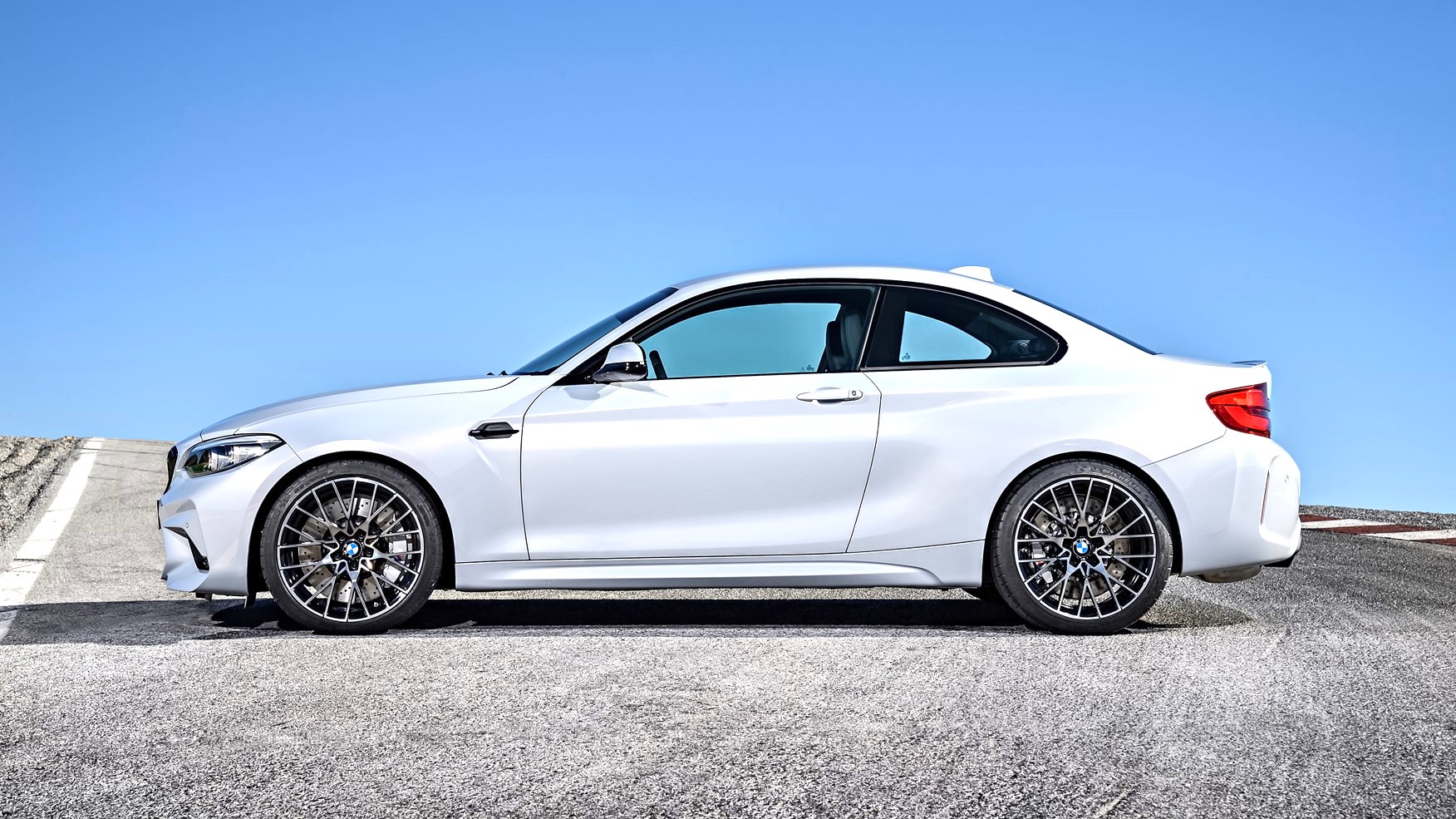 Maybe not quite realising how big the Raptor was, we spent some time shuffling the cars around in to their final position and were able to stand back and look at the show we had created. But something was missing, and that’s where Blackfish came in.

Our friends from Nürburgring were in America attending the SEMA show and so we asked them to do what they do best and apply the official Milltek Sport graphics on our show vehicles. Blackfish work with us at the Ring to get race and show cars graphic ready, and the opportunity to work with them in the states was to good to miss out on.

Stepping back from the stand once Blackfish was done, we knew the stand was ready, so we went and rested before the show opened on the Tuesday. 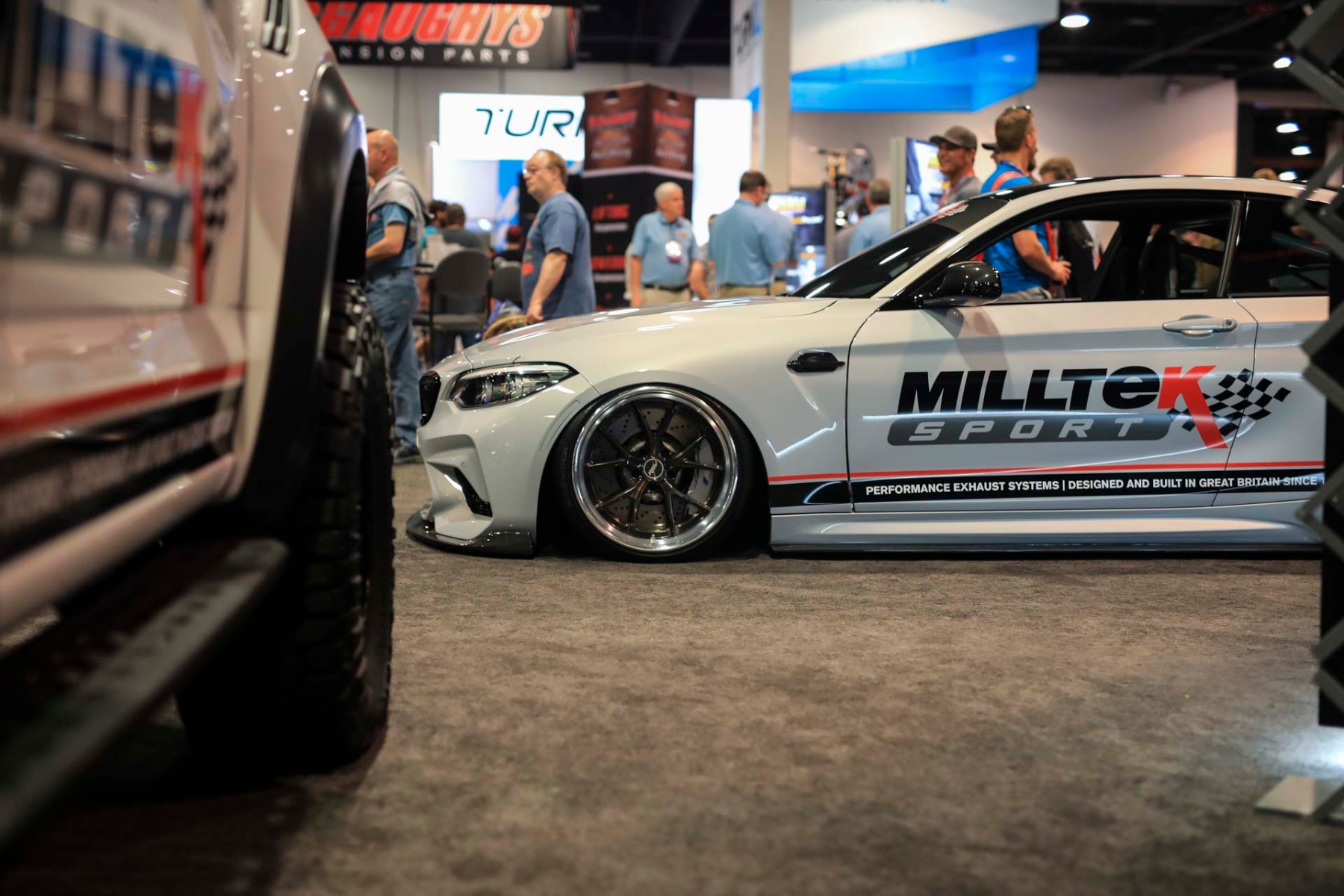 Having moved to Central Hall from First Time & Featured (Upper South Hall), before the doors even opened we were blown away by the traffic we could see outside, queuing to get in and see us in the first handful of stands they would pass on their way through the show.

The first day was a huge success as we saw many of our international customers who had travelled out to the U.S from as far as Holland and Australia. We also met with a huge amount of potential new dealers from all around the world, who want to work with Milltek Sport to further increase our reach across the Global Performance Aftermarket Industry.

With a number of new international dealers already set up following on from the show, we are calling it a success, and are much in the hope that having new dealers in previously ‘unmanned territories’ will allow our further afield customer base much easier access to our products. 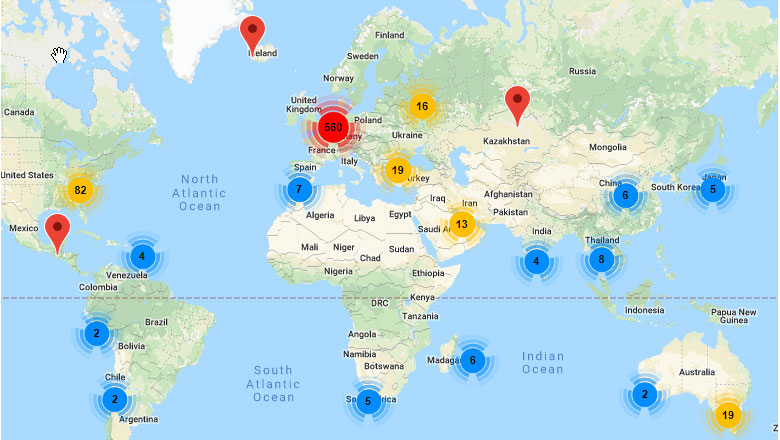 Throughout the show we also took the time to walk around and see several vehicles that were showcasing Milltek Sport exhausts including the first Supra to have received a Milltek Exhaust in North America, Jamie Orr’s Harlequin, Johnny’s Type R and Projekt Car’s Mustang. 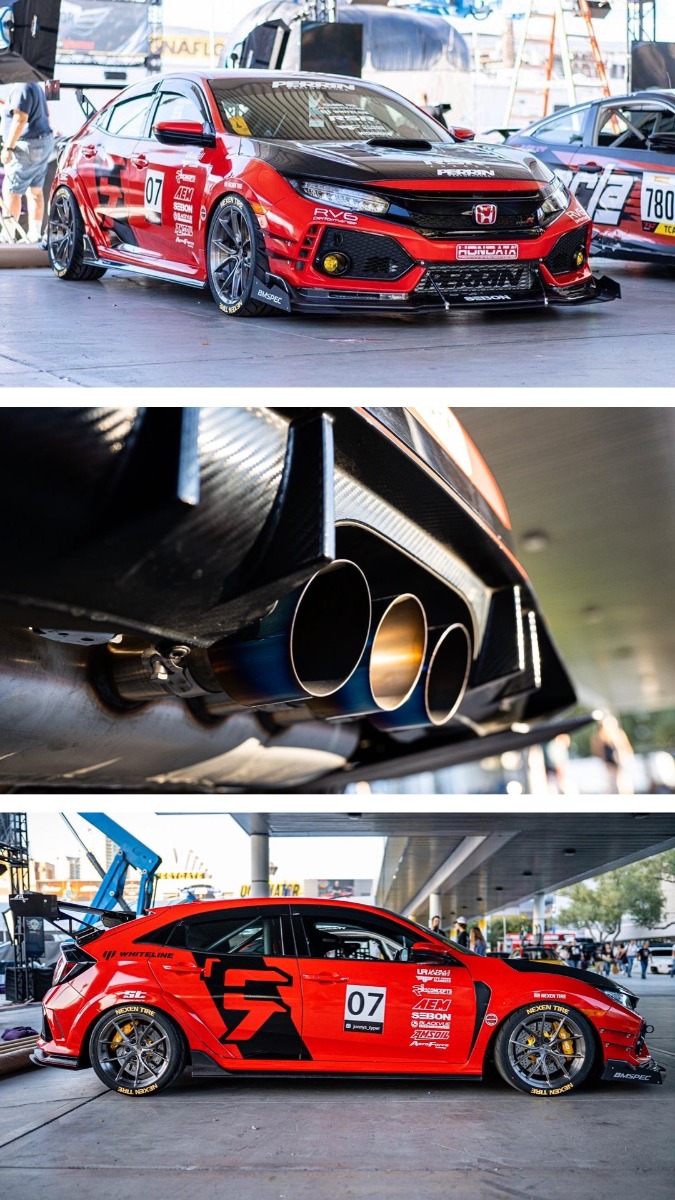 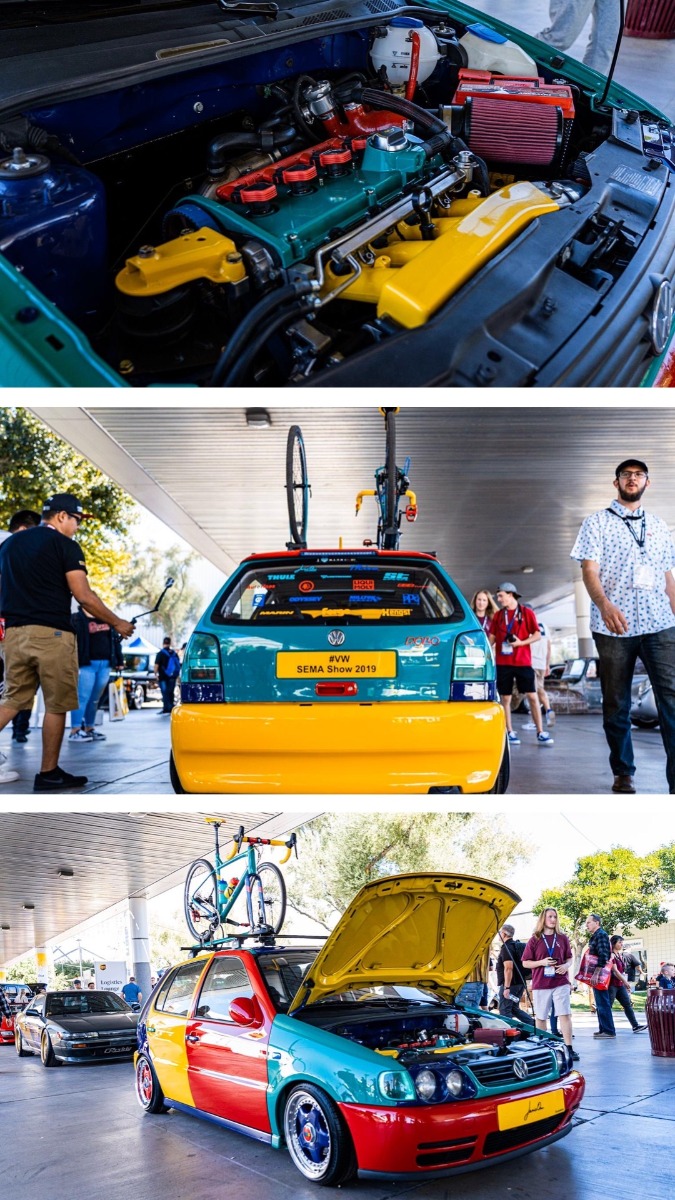 Four quick days passed and before we knew it, all the show vehicles had left the building and SEMA 2019 had closed its doors for the final time. 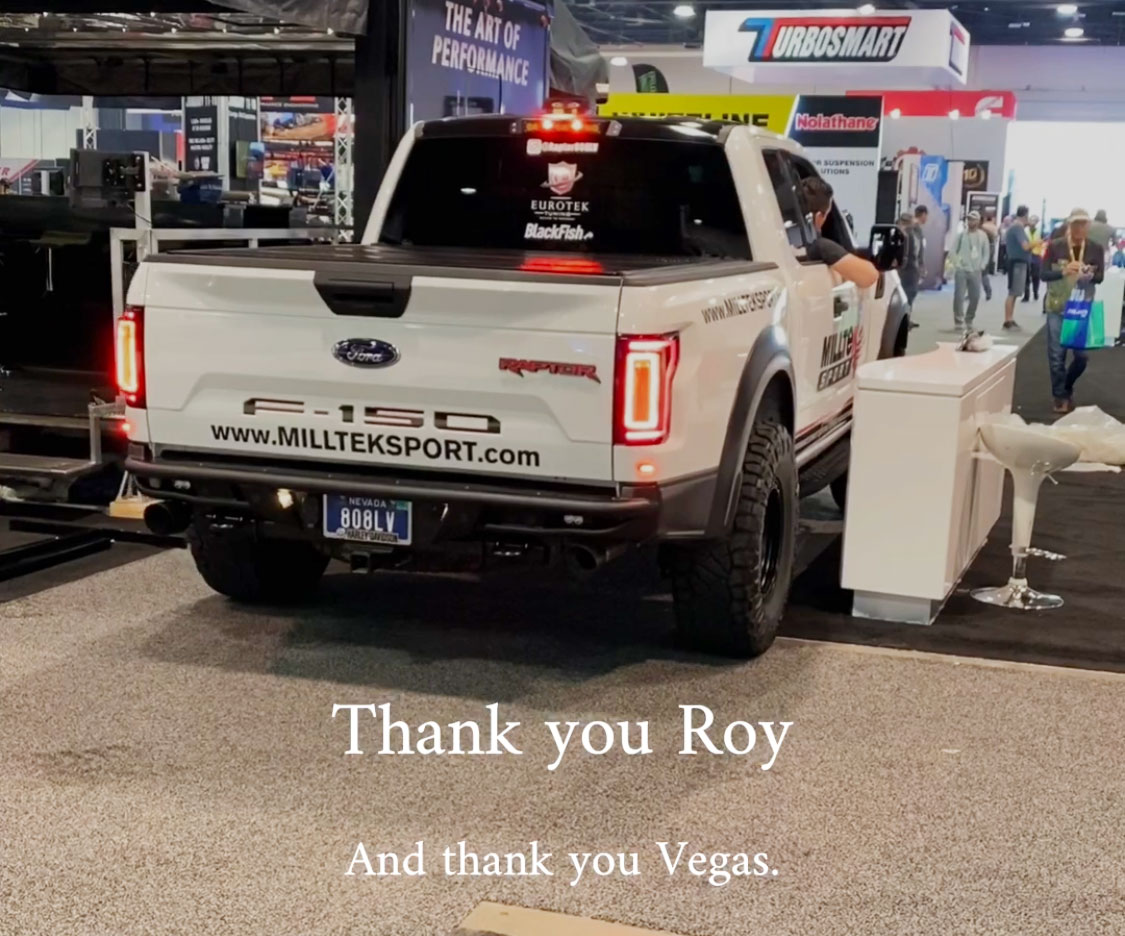 We had a fantastic show thanks to the support from everyone at Formatech, Freeman and SEMA. And cannot thank everyone involved enough for their efforts including the other exhibitors who make the show the spectacle that it is.

Who will we see in Las Vegas next year? 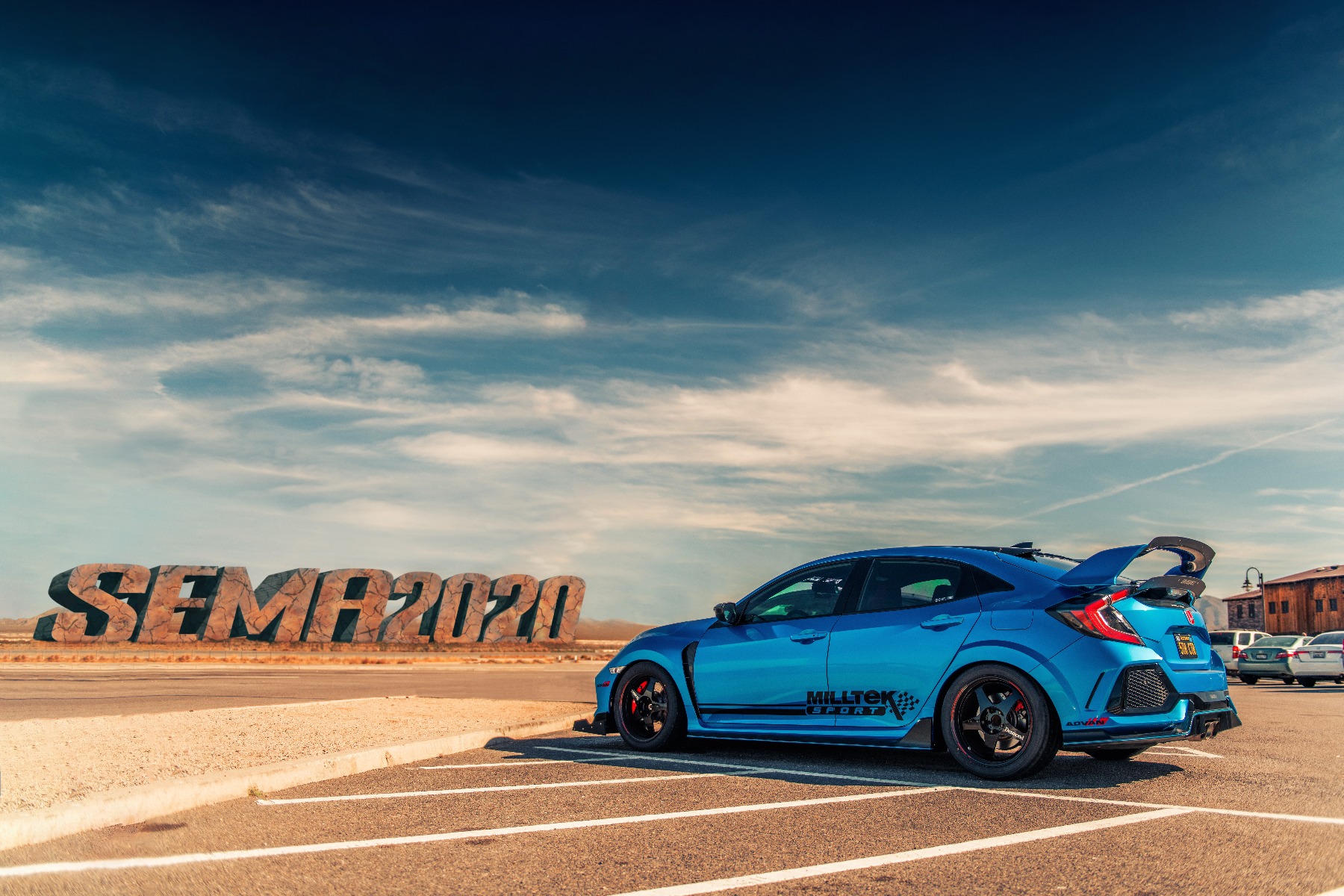